The following macroeconomic factors were shaping the economy in Poland in 2017:

According to the initial data, in the fourth quarter of 2017, the GDP increased by approx. 5.1% y/y (compared with 4.9% y/y in the third quarter of 2017). Throughout 2017, the dynamics of the GDP was 4.6% and it was noticeably higher than the growth dynamics in 2016 (2.9%). Private consumption stimulated by a revival on the labour market continued to play a leading role in the GDP growth. Following a slump in 2016, investments showed symptoms of revival and according to initial forecasts, increased in the fourth quarter of 2017 by approx. 12% y/y. The structural change in export of services, in particular the increased importance of the BPO (Business Process Outsourcing) sector, resulted in maintaining a positive contribution of the net exports towards economic growth, despite the decrease in the surplus of goods. 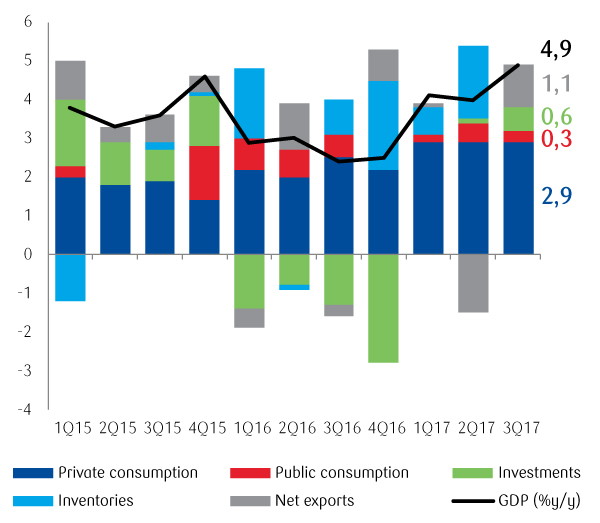 The unemployment rate recorded as at the end of December 2017 went down to 6.6%. During the year, the trend of decreasing unemployment slowed down, which is probably related to a growing deficit in the effective supply of labour. The record low unemployment and record high number of vacancies are gradually translating into the acceleration of salary growth. In the corporate sector, this ratio amounted to 5.7% compared with 4.1% in 2016.

Following a noticeable increase at the beginning of 2017 (to 2.2% y/y in February), the CPI ratio went down in June to 1.5% y/y and throughout the first half of the year remained within the range of acceptable variances from the NBP inflation target. In the second half of the year, inflation went up due to the growing prices of fuel and food. In December 2017, the CPI ratio went down to 2.1% y/y, which was the result of a high statistical base. The core inflation went up, although the growth dynamics was quite moderate and reflected the growing cost pressure in the economy (salaries, raw materials and other materials). As a result of the turn in the price dynamics after the prolonged deflation in recent years, the financial market again began to expect increases in the NBP interest rates in the coming years.

Deficit and debt of the public finance sector 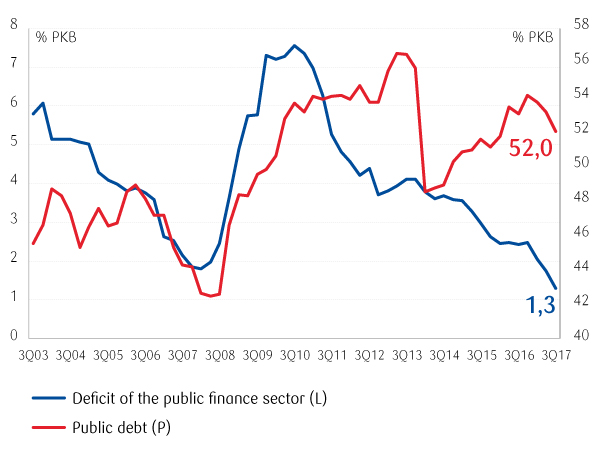 Results of the central budget (in PLN billion, by quarter) 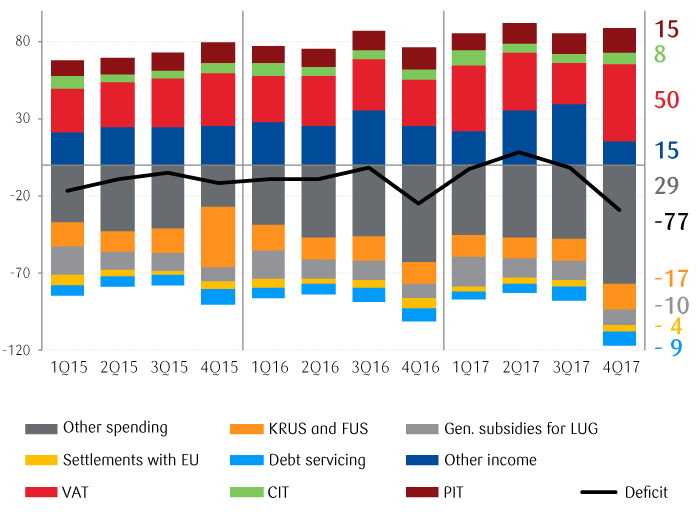